On Wednesday, 29th June 2016, the Institute for Fiscal Studies (IFS) held a press conference to present its evaluation of the IMF Board’s Second Review of Ghana’s Extended Credit Facility-Supported Program. The event was chaired by Prof. S.K.B. Asante, member of the Governing Council of the IFS. The Head of Research of IFS, Dr. John Kwakye, presented the review on behalf of the Institute.  Also present was Prof. Newman Kwadwo Kusi, Executive Director of IFS. Following the presentation, there was an interactive session during which participants posed questions. The press event was attended by 25 media personnel from 18 media houses.

Click here to view photos from the press conference 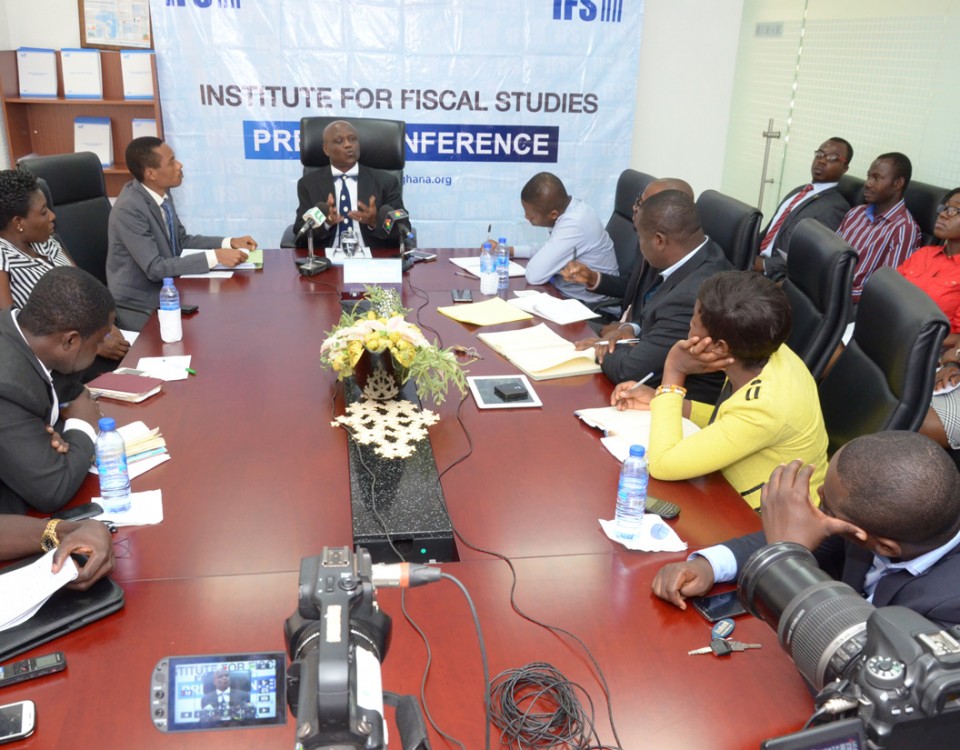 On November 5, 2015, the Institute for Fiscal Studies (IFS) and Natural Resource Governance Institute (NRGI) organized a Budget Forum to discuss the economic challenges and risks confronting the country and the issues that needed to be addressed in the 2016 Budget. The Forum identified that, in the last three years, the government has not succeeded in improving the fortunes of the country despite setting ambitious targets every year. And despite the 2015 Budget Statement having a transformational agenda as its main theme, there is no evidence that the economy is being transformed. Real GDP growth has decelerated and, indeed, the projected real GDP growth of 4.1 percent this year will be the second lowest since 2000, driven by declines in the growth rate of all the key sectors of the economy. Growth of the agriculture sector has been decelerating, manufacturing activities have collapsed, having experienced three continuous years of decline, while mining and quarrying will contract this year, the first time in decades. END_OF_DOCUMENT_TOKEN_TO_BE_REPLACED
Do you like it?1
Read more
Categories

The Institute for Fiscal Studies (IFS) held a press briefing on Tuesday, November 24, 2015 to review the 2016 Budget of the Government of Ghana. Prof. Newman Kwadwo Kusi, Executive Director of the Institute, read and issued this statement at the event.